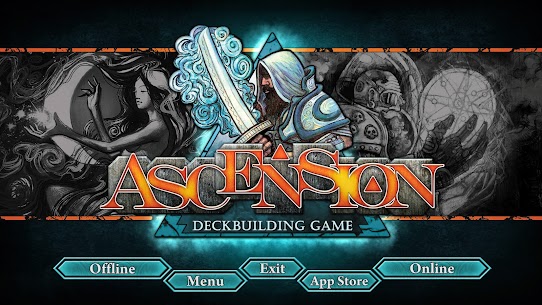 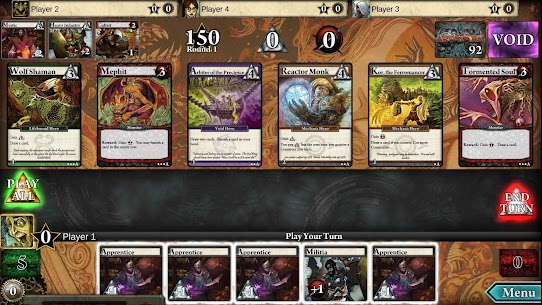 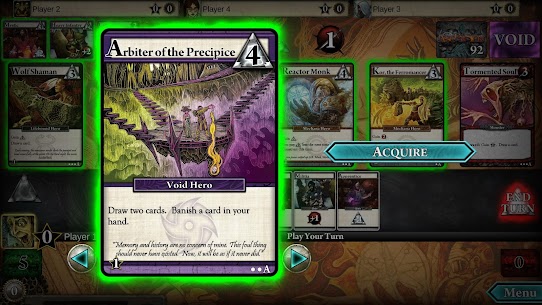 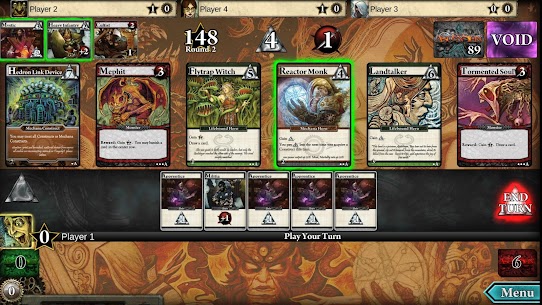 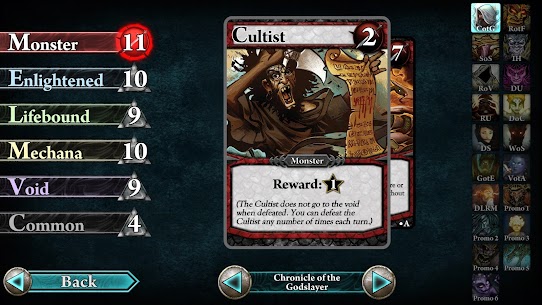 Unlock the Secrets of Alosya…
For centuries, the valley of Alosya has remained hidden from the rest of Vigil. Guarded by treacherous mountains, the valley cradled an ancient civilization that rose and fell, cut off entirely from the outside world. In the absence of the gods, the people of Alosya worshipped the forces that ruled the world around them – life and death. They built two temples that focused and harnessed those energies, and revered the journey between the two.

After many years, the society became corrupted by its own success, and they decided to build a third temple, the Temple of Immortality. Instead of maintaining a balance, this new vessel would allow them to wield control of the forces as they saw fit.

Ascension: Deckbuilding Game is the first officially licensed deck building card game for mobile. Play alone or with friends to battle against the Fallen One for honor and victory. Conceived and designed by Magic: The Gathering tournament champion and boardgame designer Justin Gary, Ascension will provide hours of engaging and strategic game play for enthusiasts and experienced gamers alike.

*AN INTERNET CONNECTION AND PLAYDEK ACCOUNT ARE REQUIRED FOR ONLINE PLAY.*

Per our Terms of Service, you must be 13 years old or older to use the Playdek online games service.