control your LED RGB light Strip with IR receiver from your mobile phone Is your remote control is being destroyed? did you lose your LED Strip Remote controller in your room? too lazy to search for it? don't worry, this app will help you solve the problem .control your LED RGB lights bulb or Strip Lights with IR transmitter, only devices with IR blaster are supported.
Download APK
0/5 No votes
Report
Developer
ismystoreVersion
7.0.2
Updated
January 23, 2022Requirements
7.0 and up
Size
6.4MGet it on 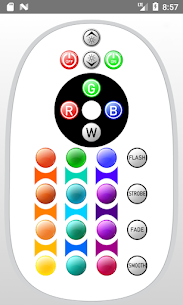 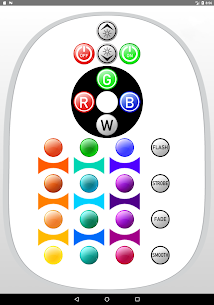 -HOW TO USE RGB LED Strip Light-

Note that Many phones today have hardware built for ir remote. This hardware is called IR Blasters. Manufacturers such as Samsung, LG,HTC, Xiaomi, and Huawei are using the IR Blaster in their phones. It emits an infrared signal which can be picked up and interpreted by the TV. IR Universal Remote has a very large database containing the proper codes for many different devices. It can emit these codes through the IR Blaster just like an original remote.

this IR RGB LED Strip Light control works only if your device has the IR Blaster hardware (bellow a list of devices with IR blaster) https://en.wikipedia.org/wiki/List_of_devices_with_IR_blaster

if your device is not supported all you have to do is to build your own IR transmitter (bellow a description of how to build one) http://www.wikihow.com/Make-an-IR-Blaster-for-Tivo