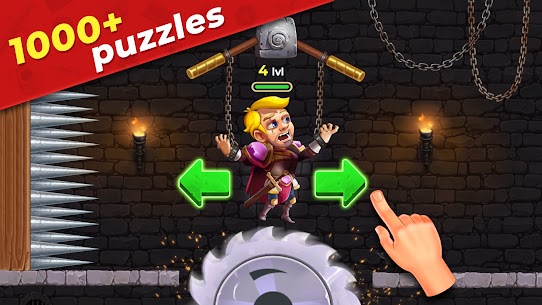 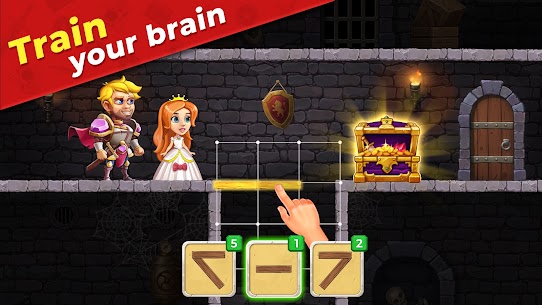 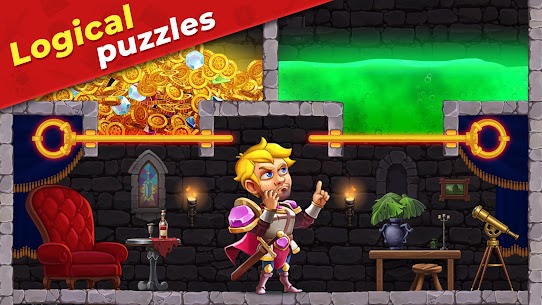 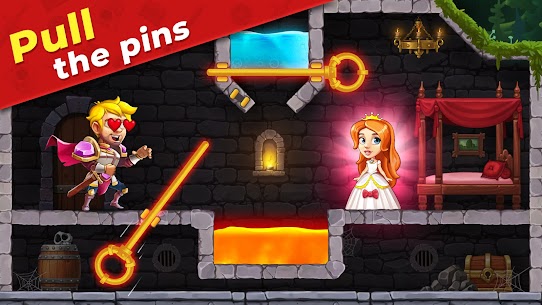 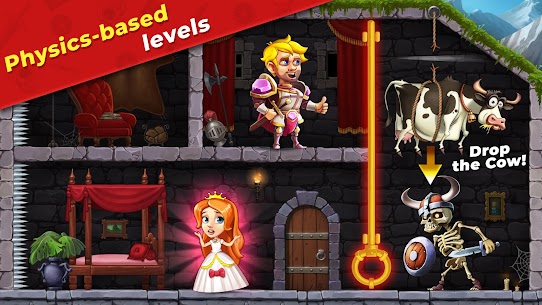 Fond of casual puzzle games and hero quests?
How about hero rescue games?

Well, you found just the game for you!
It’s everything you love so much – logical puzzles and pin rescue!
Many different levels, lots of puzzles and epic treasures of hero wars which only the smartest will be able to obtain!
Use your brain to go through all the challenges.
You will enjoy the very bit of our hero rescue game!


📜 Many missions with multiple choices are waiting for you.
🦸 Help the epic hero raid the 🏰 castle, upgrade his 🛡️ armor and skills, rescue the 👸 princess and ⚔️ defeat the enemies!
🔑 Pull the pin (correct one!) to figure out how to get the treasure, defeat monsters, and save the girl and bring her home getting out of the evil castle's ebony towers!
🪤 Evade lava pitfalls and traps, or even use them against the monsters, like orcs, skeletons and war goblins!

– Well known "pull the pin" mechanics
– Realistic liquids and traps physics
– More than 150 unique levels and hero war quests
– Levels become more difficult as you progress in the game
– Smart castle raid pin puzzles
– Funny brain out minigames
– Your own upgradable home castle
– Simple and addictive gameplay. Among the other hero rescue puzzle games, this one is fully playable offline
– Don’t get fooled, it's not an easy game! Wrong actions lead to painful but funny outcome.

Explore a new story in the hero rescue puzzle games genre!
Do you think you’re smart enough to solve all the brain-out puzzles?
Only small % of players can beat our rescue hero war game to the end!

Thank you for playing with us!