War Troops is a fast-paced trench assault strategy game. You are the captain, and your objective is to capture enemy trenches. Be ready for War!
Download APK
4.1/5 Votes: 81,087
Report
Developer
Koco GamesVersion
1.4
Updated
September 29, 2020Requirements
4.4 and up
Size
42MGet it on 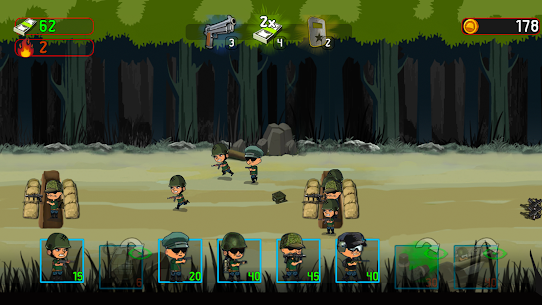 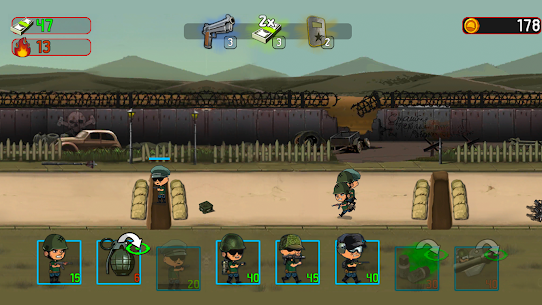 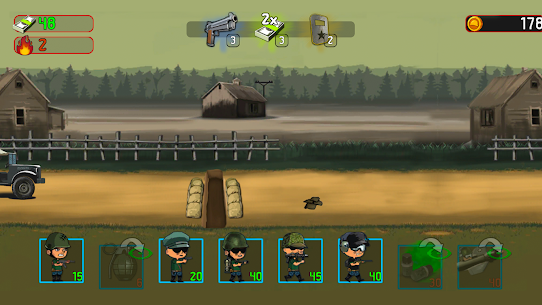 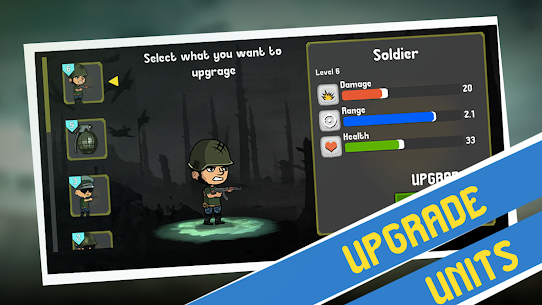 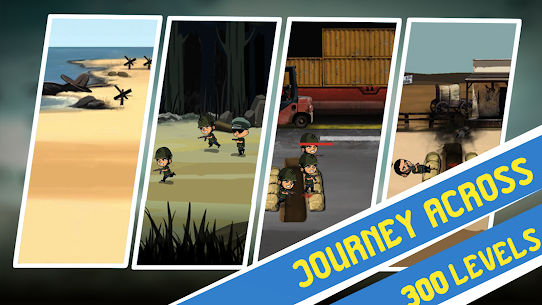 War Troops: Military strategy RTS game is a fast-paced trench assault strategy game. You are the captain, and your objective is to capture enemy trenches with your troops. Be ready for this combat strategy game!

Climb up the levels to unlock exciting new troops and military types of equipment and also the troop upgrade. You can use officers, soldiers, artillery, bunkers, snipers, machine gunners, trucks, bazooka, mine, smoke, a tank, and many more.

The goal is to cross the warzone and capture all the enemy trenches and men of war. Doing so will require careful troop formation and strategic advancement timing to military assault and capture all enemy trenches. Army's are recruited and simulated by pressing the buttons at the bottom and gain money automatically over time and by eliminating enemy trenches. Using artillery well can be an easy way to master the army wars!

You must safeguard your trenches. Enemies will occasionally gain stronger. Prepare your troops and warplanes to defend against the deadliest enemy soldiers. Be ready for a military warfare game.

🟢 300+ unique, offline, free, and epic campaigns and unlock special boss levels as you progress the game.
🟢Several newly equipped army troops, war weapons, and equipment, Military vehicles such as tanks warplanes, etc, and also boosters will unlock as you progress the game, and also you can upgrade skills each of them.
🟢Unlock new vehicles and customise them.
🟢19+ languages are supported.
🟢 Enjoy the glorious victories over the enemy soldiers on this battlefield.
🟢 Endless trench warfare battles that will keep you motivated.
🟢 Real-time combat strategy game with your enemy soldiers.
🟢 Superb visuals and gameplay that remembers you of world war two.
🟢Train your soldiers and increase your defence system.
🟢 Suitable for Android tablets and phones!


🔫Best soldiers and types of equipment ever:

In this strategy game, gather and select from a variety of army soldiers with different abilities also you can equip grenades, Poisons, generators, mines, and Czech also try out tanks, Fighter jets, Bombers also pillboxes to realize your full potential. In this incredible trench warfare strategy game, you must apply a strategy to select the appropriate army for the right job at the right time. We are given every soldier and war machine has unique skills and abilities.

Wave after wave of enemy soldiers that will approach your team in the War Troops: Military strategy game. Keep in mind that you are the only one responsible for the victory of this war fight. At all costs, defeat your enemies and prevent them from crossing your trenches. Create a war strategy that will wipe out all enemy troops.

Just remember, never give up and hold your trenches and upgrade your skills! Let the best offline war game begin.