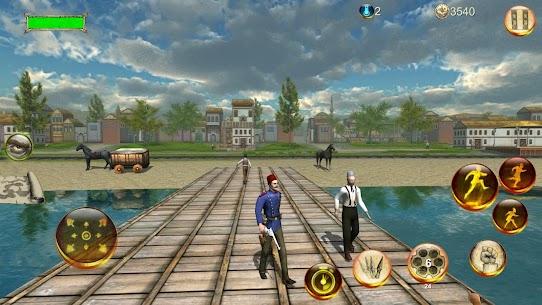 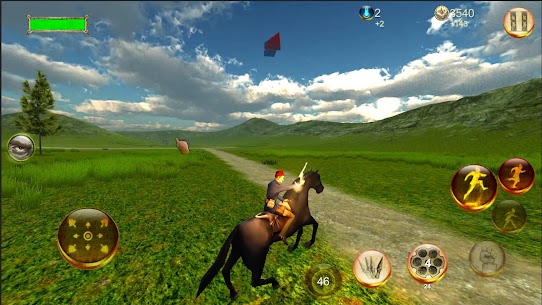 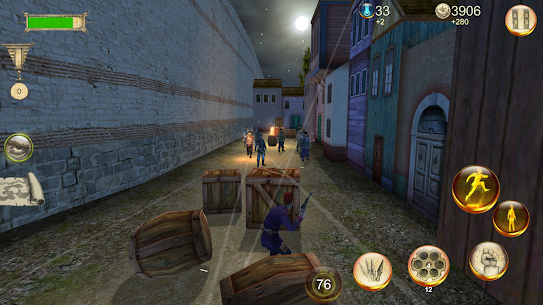 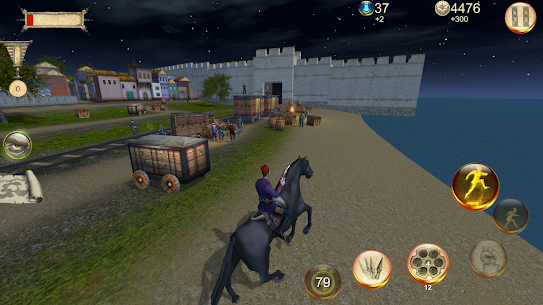 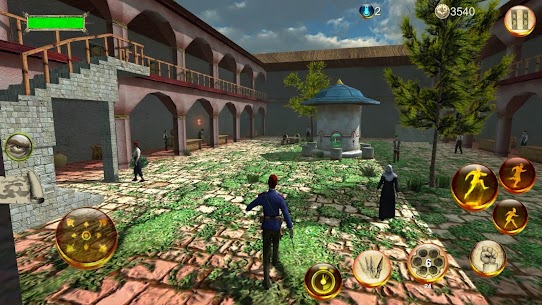 Develop your character with lots of items, guns, armors, and skills. Fight against theft, creeds, gangs, and assassins in Istanbul. Collect money and experience points as you progress, and spend them in a way that your character suits you. Protect the Order of the Ottoman.

– Story and Side quests

Roam around the city to gather intel on main quest missions, test yourself in challenging parkours on the rooftops, clear each territory from creed, gang crime, and assassin's guilds. Choose your adventure.

Use different types of revolvers to take down your enemies, or choose a silent approach, go undercover and assassinate your enemies with knife throwing, or melee attacks. Fight crime in the city in your own action rpg style. Gun shooting is the brute way, silent assassin style is the professional way.

Different autonomous vehicles roam around the open world city, and rideable horses can be found on the streets. You may choose to spend your experience points to learn horse riding skills to trample enemies, and even fire while riding fast. Horse riding is easy and effective.

Your map shows missions, vehicles, shops, places, roads and passages in the open world city. You can put marks on your map and then follow the compass through the destination.

The game takes place in 19th century, the age of the great Sultan Abdulhamid of the Ottoman Empire. Just before the World War 1. Characters, costumes, historical places, and the architecture of the open world will take you to the past.

Made campatible with latest OS versions